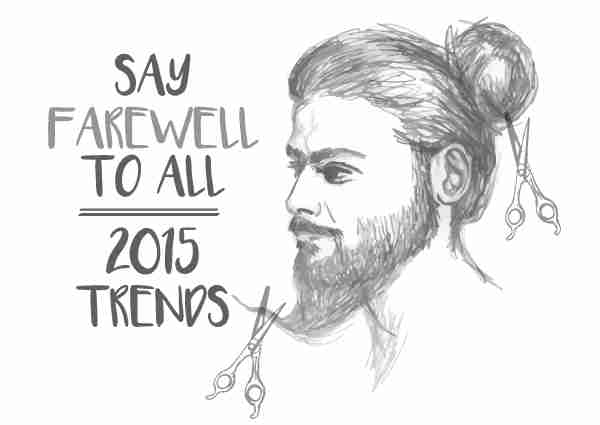 Everything that falls under the umbrella of “the world wide web” changes so frequently, it can be hard to keep up with the latest technology, developer tools, and design trends. The biggest problem with trends is that they are just that- one day they trend, and the next day they do not. What happens to trendy things when they are no longer trendy?

Human nature demands us to evolve, so in our near future, that will mean cutting off our beards and man buns, and moving on to the next less-hairy trend. Living in a world that revolves around an internet connection must change frequently, in order to keep up with the best interface for humans to interact with and explore. Here are 5 things that we predict to see as web design trends in 2016:

Responsive design has become a website functionality and SEO standard, making originality harder to come by. What can be described as “template style design” has taken over the web, which can cause many websites to look and feel similar. To change this template style structure the trend has created, custom elements such as hand-drawn illustrations and strategic animations might be the solution. Bigfin has been aware of this idea, and has already designed sites to be exceptionally memorable; using custom paintings such as the background for Eastside Center for Family, or hand made SVG animations in O’neill Service Group for example.

Flat design was a huge turning point for user interface style. Unfortunately the simplicity of shapes, objects, buttons, and words became strikingly similar when designed to be flat, so this stripped-down ultra flat design may no longer be nearly as present. In 2016, we predict that this trend isn’t going to go away, but rather it will most likely evolve stylistically.

“Microinteractions” have been slowly introduced over time, and continue to be more prevalent as users are asked to perform simple interactions while using a device. This became more common after the introduction of the simple task that Facebook users are asked to “like”, “share”, or “poke” something on their site. These interactions beg the user to see and react, and it has been shown to be a successful command. This is something that is predicted to continue and grow for the future of web design and development.

Font usage on the web is one of the most important ways to improve the visual aesthetic of a site. Each year, a growing number of font libraries such as Google Fonts allow designers and developers to experiment with a plethora of new fonts that are specifically created to perform well on the web. These free sources aid in maximizing design and legibility of displayed text on all screens and devices.

Imagine what it would look like if you combined a photograph and a movie. This my friends, is how the Cinema-graph was born. These visually interesting moving photographs give users that “little extra edge” to entertain the eye. Studies have shown that these photographs maintain user focus for 15 more seconds than a still photograph, boosting frequency of a user interacting and remembering the ad or site associated with the cinema-graph.

As designers and developers, Bigfin.com is responsible for keeping an eye out for trends before they are officially in full-swing, and then analyzing the effectiveness of following the trend. Should we hop onto the bandwagon, or should we look past what is going to possibly be relevant for a year or less? While none of us have man-buns on our heads, a few of us rock a beard, so moderation of trends can be a good thing too. Check out our solutions to living in a world of constant change, and existing in a market that is so competitive by looking at our most recent projects.