Teen Enthusiasm for Facebook Falls According to PEW Study 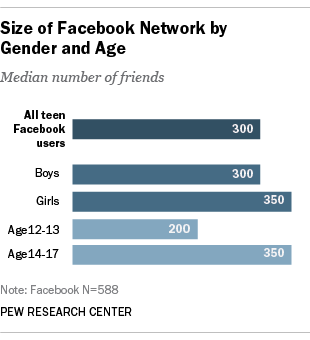 Facebook, viewed by some as the be all and end all of social networking, may be losing some appeal among its teen demographic. According to a recent PEW Research Center study, “While Facebook is still deeply integrated in teens’ everyday lives, it is sometimes seen as a utility and an obligation rather than an exciting new platform that teens can claim as their own”.

Teens are not deleting their Facebook accounts because they are still considered an “important part of overall teenage socializing”, but many are also spending time on other social networks. “Teens who used sites like Twitter and Instagram reported feeling like they could better express themselves on these platforms, where they felt freed from the social expectations and constraints of Facebook”.

The PEW study cites a number of reasons for Facebook’s waning popularity. The three most frequently cited complaints include “disliking the increasing adult presence, people sharing excessively, and stressful ‘drama’”. Many teens also feel the need to manage their reputation on Facebook, which may also lessen their enthusiasm.

Bigfin.com LLC is an industry leader in Search Engine Optimization, Web Development, and Social Media. Looking for online marketing or web design services? Contact us online or by phone at 425-822-8200.