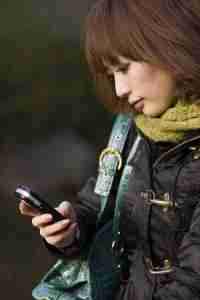 In just the last two years, smart phone usage and tablet usage have skyrocketed. The Pew Research Center’s Project for Excellence in Journalism recently released a report with some amazing statistics:
1. Fully 44% of U.S. adults now have a smart phone, which is up from 35% in May 2011.
2. Now 25% of U.S. adults own a tablet computer as compared to just 4% in September of 2010.
3. According to another Pew Internet report, half of all adults now have internet access through either a smartphone and/or tablet computer.

According to eMarketer, the total number of tablet users is nearly 70 million.* eMarketer also reports that the average smart phone user spends about an hour a day browsing online and that smart phones are now approaching the audience size of PCs.^

While the focus of the Pew Journalism study was about what increased mobile and tablet ownership means in terms of online news consumption, the statistics above also mean it’s quite likely that more visitors are looking at your business website using their mobile phone, tablet PC or iPad.

Because ownership of mobile devices such as smart phones and tablets is increasing so quickly, standards have been developed to help people build smart phone ready websites. The W3C Mobile Standards Validator helps website owners check their sites so they can improve them for mobile browsing, and Google has introduced recommendations for mobile websites.