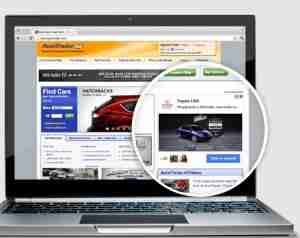 Google recently announced it was testing out a new advertising format called +Post ads and is actively recruiting its Google AdWords advertisers to sign up for a beta program to try out the new method.

Google +Post ads, which Google has labeled a “social ad format,” will allow a company’s latest Google+ post to show up elsewhere on the web where potential customers can engage with it.

As with AdWords search and display ads, businesses only pay for the advertising if people click on the ad or otherwise engage with its content.

Since Facebook and Twitter have already delved headfirst into the world of paid advertising, it seemed like it was only a matter of time before Google+ jumped on the bandwagon. However, it appears that Google+ ads will not mimic the methods used by the two leading social networks. At least not yet.

Instead of imitating methods like Twitter’s Promoted Tweets and Facebook’s Boosted Posts, in which advertisers can pay to have brand content featured more prominently in users’ feeds, Google is taking the ad completely out of Google+ and displaying it elsewhere. In other words, +Post ads never actually show up on the Google+ channel — they’re only sourced there.

Google’s +Post ads are different in that people who are logged in to Google+ can comment or add a +1 on the ad when they see it in the same way they would on a Google+ post. They can also join a Hangout On Air or follow the brand that issued the ad. The ability to respond to customer comments as they show up gives advertisers an opportunity to build a rapport with their customers.

The idea behind the new ad format is to turn traditional advertising on its head and create an opportunity to stimulate conversation between brands and their customers so that instead of talking at consumers, they’re talking with consumers, Google explained. Google’s promotional video said the new advertising method “makes brands more human.”

Google thinks ads with social context will get more attention. While the success of this new ad method remains to be seen, it’s certain that social media and digital advertising are beginning to converge in exciting ways. Brands should explore every avenue available to them for reaching their target market online, and a social ad format is one of many methods for accomplishing that goal while having the added bonus of getting feedback from that target market.

What Do You Think of the New Google +Post Ads?

One response to “Google +Post Ads Debut in Beta”