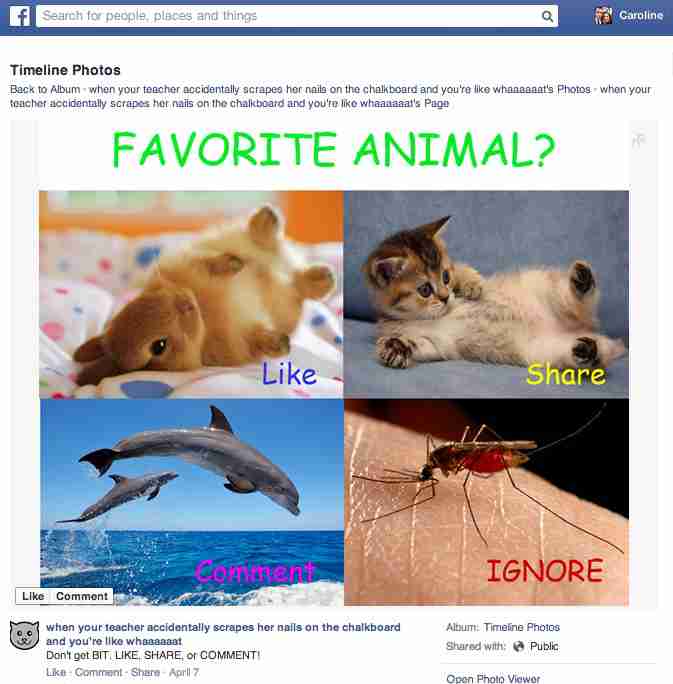 A new Facebook News Feed update takes aim at people and pages that use a tactic called “like-baiting” to lure people into clicking on the links they post, according to the Facebook Newsroom.

Stop Asking for Likes and Shares

As a rationale for this action, Facebook pointed to their in-house surveys that revealed like-baiting posts were 15% less relevant to Facebook users on average when compared to other posts that don’t use such tactics.

Another tactic addressed by the most recent Facebook News Feed update is people and pages that share the same content over and over again in an attempt to increase its exposure, Facebook Newsroom explained. Facebook’s News Feed will now show significantly fewer of these types of posts.

While Facebook’s News Feed update is primarily targeted at heavy spammers, business page managers who just want to share great content with their followers may be affected as well.

These changes come on the heels of many months of Facebook making it more difficult for business pages to share organic content with their followers. Many believe this action is meant to push more businesses to purchase Facebook ads.