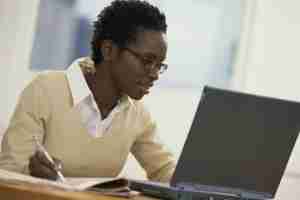 It has been just over a year since the US government’s Stop Online Piracy Act (SOPA) and corresponding Senate bill were struck down by public outcry. The successful war against the bill was waged primarily via online protests and blackouts. The new European Union online privacy laws that have been proposed are bringing many of the nation’s largest tech companies like Facebook, Google, Amazon and Yahoo into a new fight.

Last January, the European Union began its own attempt to overhaul online privacy laws in all of its member states. However, this proposal is quite a bit different than SOPA. The EU’s proposed set of laws would not target copyright infringement but would instead require that companies make more of an effort to protect the rights of individual consumers. Essentially, the proposal offers European citizens the choice to opt out of online tracking.  Proponents of the bill argue that it gives individuals instead of corporations the authority to decide how and when their personal information can be used. The European Parliament is aiming to finalize these laws by April 2013 in Brussels.

OPPOSITION SPEAKS OUT – HOW THIS EFFECTS U.S. COMPANIES

So where’s the conflict? As it turns out, this tracking information is what Facebook, Google and other companies use to generate huge amounts of revenue through targeted advertising. However, it is not just about the money. Companies such as Facebook and Yahoo cite other concerns.

Facebook opposes the idea of giving users the choice to opt out of targeted advertising, stating, “the proposed requirement for consent will impair companies’ ability to innovate and negatively impact the individual’s experience”. Yahoo is taking a slightly different stance by maintaining that users shouldn’t need to offer consent because the data-tracking can’t be traced back to an individual.

“While, it’s unlikely that lobbying by these companies will stop the bill from passing, many expect that parts of the proposal may be changed or amended.”

What do you think?